Emerging game developer and publisher Teamtop today soft-launches its latest global real-time PvP SRPG game Fantasy Arena on iOS and Android in United Kingdom, Canada, Australia and New Zealand. The game is being prepped for its imminent western release. Players in the designated areas can now download and play Fantasy Arena for free.

Fantasy Arena integrates a real-time PvP arena with a sophisticated algorithm allowing you to challenge players around the world. After defeating your opponent in battles, you will receive keys to unlock chests and collect Magic Hero cards. At this soft-launch stage, there will be up to 46 Heroes with various spells to collect and create the ultimate battle deck. 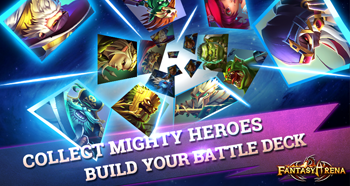 The dev team has endeavored to create a fast-paced turn-based battle experience by eliminating meaningless time gaps and speeding up spell effects, allowing you to enjoy a 3 minute intensive battle whenever and wherever you have time. Additionally, because of the creative Chests and Keys system, you can open multiple Treasure Chests at a time, without waiting, which will provide you a uniquely cheerful feeling. 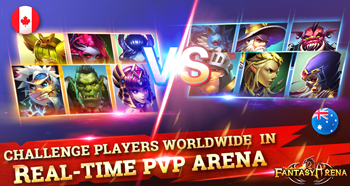 To celebrate this soft launch, various events and giveaways will be running in the game and on Fantasy Arena’s Facebook page. Besides, full launch of the game is tentatively scheduled in August 2016 in many other European, North and South American countries. Follow its Facebook page to track the latest news. (https://www.facebook.com/fantasyarenaonline/) 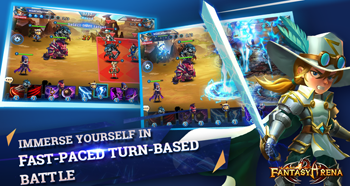 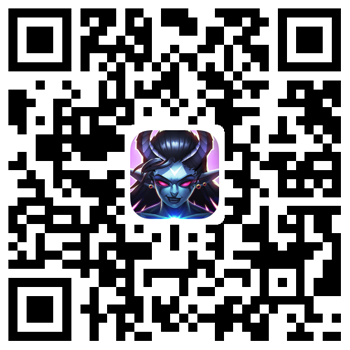 Fantasy Arena is a fast-paced turn-based strategic RPG mobile game. The game is set on the battlefields of the Magic Land of Velni where a host of mighty Heroes gather. Players collect and train a team of Heroes to challenge opponents from around the world. Due to the quick-tempo, real time matching PVP, and intricate combat animation, the game promises a novel and immersive SRPG battle experience.